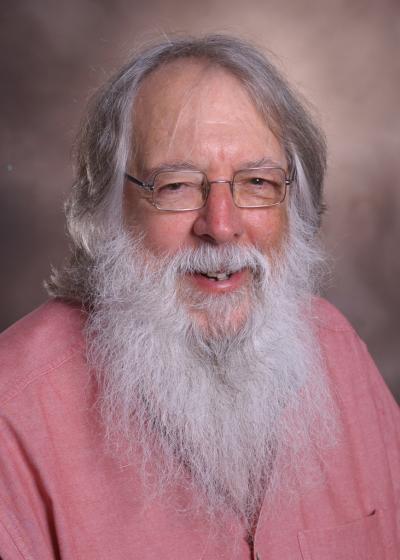 Dr. Roy Curtiss, III, Professor of Planet Health at the Department of Infectious Diseases and Immunology and the Department of Comparative, Diagnostic and Population Medicine at the University of Florida-College of Veterinary Medicine (UF-CVM), is the ACVM Distinguished Microbiologist for 2020.

Dr. Curtiss has made major significant contributions to the advance of veterinary microbiology, not only as a researcher, but also as a teacher, mentor, and administrator. His expertise is diverse and mainly related to vaccinology and molecular biology. He is an avid proponent of One Health and most of his career has devoted towards improving human and animal health. Since his PhD, he has worked at four main universities in the country, including several years here at UF. At all these institutions, he has built an extraordinary career and contributed immensely to the field we all adore. At UF, he was one of the handful of individuals hired under the UF Preeminence Initiative. In addition to university service, he has provided a meritorious and distinguished service to many centers and private companies in the U.S. and overseas. At all these places, he has been very successful in growing culture, enforcing productivity, and fostering microbiology research done by those around him. He has left every institution he worked at in a better place due to his enthusiasm, leadership, and scholarly pursuits. Nearly all his mentees are currently holding decent positions in academia, government, or private industry. His mentees who I know have told me many times, "Dr. Curtiss is like my father." This implies he is not only an accomplished researcher but also a human being who cares for the well-being of his mentees. t feel it is rare to find people possessing both traits equally.

Dr. Curtiss owns 51 nationally and/or internationally patented inventions. He also has engineered four licensed animal vaccines, which are marketed around the globe. His live attenuated Salmonella vaccines for layers have been widely used by the table egg industry and have revolutionized Salmonella Enteritidis control programs. He has received funding from numerous national and international funding agencies, foundations, and private industries. He currently owns a biopharmaceutical company called "Curtiss Healthcare," which develops a platform of new vaccines. He has been decorated with many awards and medals recognizing his remarkable contributions and achievements. He is also a member of the National Academy of Sciences and a Fellow of the American Academy of Microbiology, which itself testifies his high level scientific achievements and original contributions that have advanced the field of microbiology. He is a true inspiration to young scientists and is extremely generous in sharing scientific material and ideas with anyone who seeks his help.

Nominees for this award may well have made outstanding contributions in more than one area.

Nomination process and identification of recipient: The ACVM Nominating Committee will solicit nominations for the Distinguished Veterinary Microbiologist Award in order to identify one or more nominees. The nominees can be an ACVM member or non-member who has done considerable work in veterinary microbiology/parasitology. Current members of the ACVM Board of Governors are not eligible. Persons nominating a candidate must provide the Nominations Committee with a letter of no more than one page explaining the nominee’s qualifications, with a copy of the nominee’s CV. These materials will be forwarded to the ACVM Board of Governors, who will vote on the nominee. The nominee with the most votes (representing at least a majority of the Board) will receive the award; in the event that only one nominee is presented, the award will be made if a majority of the Board is in favor of the making the award.